Last weekend I attended the Battle Brothers tournament at Warhammer World. I’ve always enjoyed attending GW ran events and I did enjoy this one, however out of all of them that I’ve attended this one probably ranks the lowest 🙁

This year they added in random opponents instead of ranked/matched. Normally I’d be ok with this but we ended up playing people who knew very few rules and worst of all we ended up playing two young children who didn’t know the rules, but also accused us of cheating and getting the rules wrong, and actively cheated throughout the game (Mainly they claimed the Overlord had a Phase Shifter all game, and around turn 4 we actually saw their army list and he didn’t.. and then they got stroppy when we asked them to remove the overlord from play.) Now GW tickets aren’t cheap.. £90 for two of us to go and have fun playing games. I expect good friendly games, which majority of them were, not playing against kids that make want to head butt the walls. 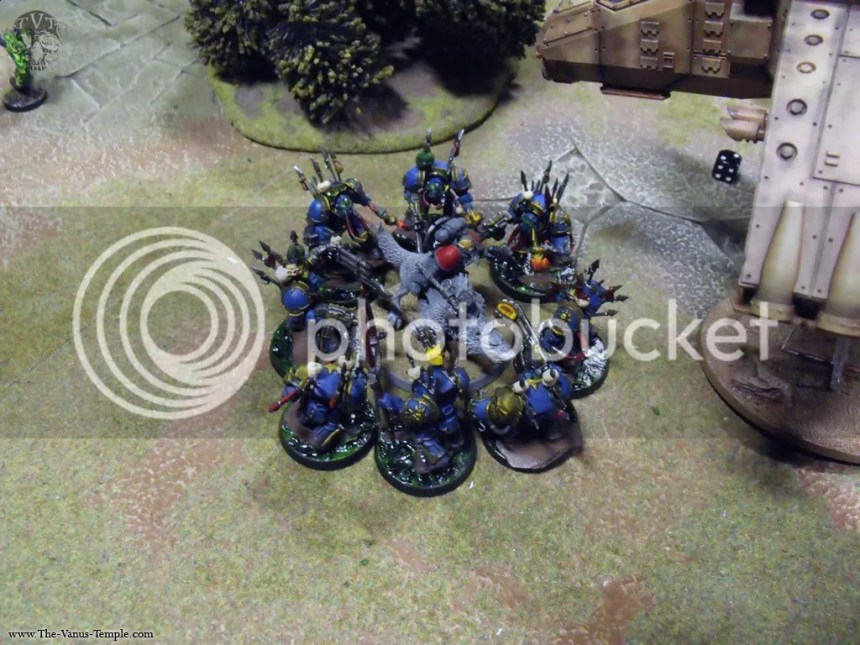 Instead of set points for a win, they award the VP’s you gain during the missions as your score. Firstly I find this an unfair system as their are way to many variables. For example if I played against Deathwing in the Purge the Alien, I have very little VP’s to gain from them, but if I was playing Nids or DE it’d be a lot easier to get VP’s. The same with the missions where Heavy and Fast are scoring. It totally depended on who you were playing and in what mission to how many points you could get. We won all five of our games, gained nearly full VP’s (about 85%) in our games and gave away very few VP’s…yet ranked 43rd out of 119.

The biggest gripe was the Favourite Game votes. These should not add onto the overall score. We received no votes despite having quite friendly and enjoyable games (Except that one…). Opponents aren’t likely to give you a favourite game vote when you’ve wiped them off the board.. even if you’ve done it with a smile and allowed them to correct mistakes throughout the game! However I think the biggest issue that stopped us from getting them were rule arguments, which brings me onto the next issue:

I know the judges/referees aren’t 100% on the rules, they’re only human. But its when they get them 100% incorrect that it bugs me, and when each judge has a different ruling too. The Fang had a similar problem. We had an issue with one of our opponents having an illegal list. Firstly the ref’s didn’t care. They just sort of shrugged. The reason his list was illegal was because he had 2 crypteks with the same unique wargear in a single Royal Court. The ref said I was correct and to inform my opponents. I told them and they approached a different judge who gave them a completely different answer (Which was wrong). THis sort of disagreeing at the beginning of the game can put a downer on the entire game, especially when you have to further correct your opponent on the simplest of rules (how far a vehicle can move and fire..). People get rules wrong all the time. I do. But its when they use the argument of “but in my last three games I did that..”, so no one has pulled them up on it for all their games on day one? THIS is why I dislike the random pairings.

My armies usually get nominated for Best Painted. They don’t always win but the ones that do win are usually better than mine anyway, so I accept it. However when sub-par armies get nominated over nice armies it makes me wonder who is judging the entries? I won’t say which entries and let you judge for yourselves. Ok my army wasn’t fantastic but I truly believe it was better than half of the entries that got nominated. Sounds big headed but that’s what I believe. There were other armies around the hall that I saw that I think should have been nominated too, (some in the photos below) but didn’t.

So I DID enjoy myself despite all the whining, and of course will be going to Fantasy Throne of Skulls in March and Fantasy Doubles in May. I think I’ll skip the 40k tournaments this year until people have learnt the rules…

My camera memory card died after game one.. so I didn’t get many photos unfortunately. Luckily Warhammer World take lots of photos.