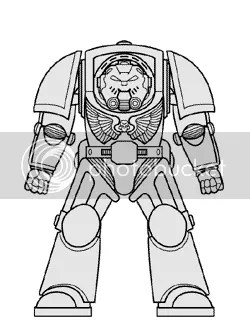 This phase was the standard for Legiones Astartes for several thousand years before it was recently overhauled. It is still commonly seen on the battlefield. It is essentially a Mark3 prototype with visible modifications in the form of improved heat sink intakes (above the head) and a new helm. So effective was its design that Terminators suits were employed for a far wider array of missions than the tunnel-based actions they had previously been confined to. Developments in articulation and balance systems mean that the suit is very versatile and broken, boggy and slippery ground no longer prove hazardous. Hence Mark 3a suits have been used for trench warfare, desert conflicts, ice-world pacifications and operations in the dense undergrowth of Agri Worlds.

Notes & Sources:
The Mark 3a was the first phase of Terminator development to be a “fully fledged” troop type. The range includes captains, Librarians, Grey Knights, Inquisitors as well as Traitor variations (though no Chapter-specific designs at this stage). It was also the first range to be augmented by an array of weaponry. This includes close combat variations (Lightening Claws, Thunder Hammer & Stormshield combinations, Power swords and Chain Fists) and heavy weaponry (Heavy Flamers, Assault Cannon and Cyclone missile launchers) as well as psionic equipment. The elements retain a slight curvilinear quality inherited from the Mark 1, which is the most visible way it differs from the latest phase (Mark 3b). It is common for the large surfaces to sport chapter icons, personal heraldry and kill markings. The feathered wings on the chest plastron are another feature that the Mark 7 standard Marine armour inherited from Terminator development. 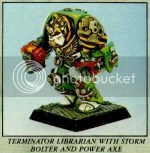 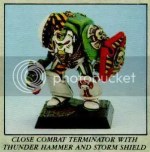 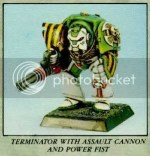 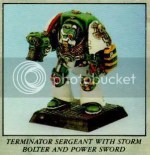 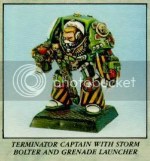 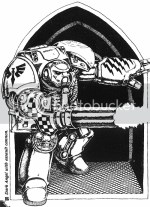