Guest Post: Getting the Most From Your Flayed Ones.

Tonight we have something that’s new to the site! A Guest Post!
My last post involved me creating 40 more Flayed Ones, to bring me to 60, and The Other Guy was kind enough to leave a comment enquiring on a list involving them, later he emailed me saying he had written up a list involving the 60 Flayed Ones, so I asked him to write a post, and here it is!
At some point I will write up another post on ideas, tactics and lists involving 60 Flayed Ones, as this makes for an interesting read and has got my cogs whirring!

Hi, The Other Guy here, that sneaky little git who likes to take over other people’s blog occasionally because he cant be bothered to have his own. You might remember me from the first HoP idol last year. Oh…you don’t…awkward.

Flayed ones – the Meg Griffin of the necron codex. Nobody likes them.

Apart from Tim Davis, here at THE VANUS TEMPLE. He loves them enough to make 60.

Sixty Meg Griffins. Makes you die a little inside. 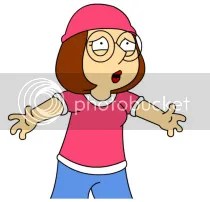 But 60 flayed ones sounds like an interesting idea for an army. I like a challenge, so begged Tim to let me write something about his bulging collection.
With this in mind I’m going to look with you at two options for playing maxed out flayed ones, and then wait for the abusive comments at the end.

My first point I want to say – This is not going to be a tournament list. That’s not the aim here. Yes, the lists will have major flaws, and will do better against some armies then others. Think of it as a lizard list in your basic game of rock-paper-scissors-lizard-Spock.

The basics – 60 flayed ones have to be taken as 3 units of 20 (in games under 2000pts). This means maxing out all the squads, and all your elite slots. This is a huge commitment of 780pts on your elites alone, while still having to pay for at least one (semi-expensive) HQ and two troop. Using the cheapest of the cheap options here (one unaltered overlord and 2 x 5 warrior squads) brings us to 1000 exactly.

I don’t need to spend time listing all the problems flayed ones have. I will say the obvious. The place you want flayed ones is IN COMBAT. So the next thing to look at is how to put these 60 warriors into combat as quickly as possible.

Imotekh has Bloodswarm nanoscarabs. At the start of game turn 1, randomly select a non-vehicle unit in the opponents army. All flayed one units don’t scatter if they deepstrike within 6 inches of the unit.

As long as your (sadly random) selected unit is semi-central to the enemy’s line, you can drop most of your army right around them. Without scattering. Yes it sucks that you cannot assault after deepstiking, so will have to wait a turn, being shot at and possibly assaulted themselves. But it is one of your best chances to get your models right in his face. If you get lucky enough to have all 3 units arrive on turn 2, your opponent suddenly has 60 T4, 4+ save with 5+ magic-get-up-again-regardless models right in the centre of his army before he can do anything else.

What would help supplement and support this tactic? I would use a monolith or two. This would allow you to re-position some of the flayed ones after the initial attack.
HOWEVER – as far as I am currently aware, the most you can deploy from the gate of eternity is 17 (due to space from the doorway). If you use the monolith in this way, make sure you move already weakened units, or accept you are killing your own models.

SHOCK POINT! – Yes, I know this takes away space for those beautiful annihilation barges that every Necron player and his grandma rely on. Trust me that you can win Necron games without them.

This gives you a non-competitive but interesting list. It suffers against transport heavy armies, and like most armies at the start of 6th, suffer for lack of anti-aircraft guns. You could put in an aegis defence line to give your troops something to hide behind and a chance at taking down fliers.

But there is something else from 6th that I want to bring to your attention. It’s a little change to the preferred enemy special rule. It is now shared within the unit. So if you put a character with the rule….say for example a Destroyer Lord….in another unit…say for example 20 flayed ones…. The whole unit gets to re-roll 1s to hit and wound in combat.

And since you have already paid out for a destroyer lord for your flayed ones, you may as well give him a resurrection orb (to make the magic-get-up-again-regardless save now 4+ for the whole unit). Throw in a 2+ armour save for a laugh. If you’re feeling very crazy put in some mind-shackle scarabs to counter any challenges and you have yourselves an expensive but (imho) worth it leader.

You can have two HQ, so might as well double it up!

This option suffers because it is missing the mobility of the previous army, but hits harder when you make combat.

So what to go with this army?

We still need troop, so two units of 5 Gauss Immortals it is. Gauss is king when it comes to taking hull points off tanks. And this army is lacking anti-tank without it. Immortals are more resistant then standard warriors, exactly what we need when only taking two small units.

Ok, I’ll be kind. An Annihilation Barge. But only cause you have been good at school this week. Just don’t tell your mother, she already says I spoil you.

Finally, lets have a bit of a curveball of a choice – Tomb Blades. 4 of them, naked with the tesla swapped for…more gauss. Deploy them as one big unit or 2 of 2. Whatever floats your boat. These give you a bit of speed and flexibility to deal with sneaky speeders, hiding-at-the-back heavy weapons or just plain harassing the enemy.

There you have it – Two potential lists spamming multiple Megs. They ain’t pretty and you wouldn’t really want to take them anywhere public, but they could give you a fun evening or two.

This is The Other Guy signing off. (Exit, pursued by a bear)