Well firstly I FOUND my Necron Catacomb Command Barge… I genuinely forgot I owned it! Mainly because it was always floating around away from the Necron cases when I forgot to pack when I moved house, so it usually ended up just balancing on something.

I used the control panels and glued them to a spare coffin shaped part from left over command barge bits and stuck this to the front of the shield handrail thing.
Nice and simple and looks better in my opinion! For when the Lord isn’t on it, it’s simply on Auto Pilot, or linked to him through wi-fi or whatever the Necron equivalent is.

The only issue I have is none of my characters fit on the barge! I’ve put most of them on “Hero Slate” so now they’re too tall to fit in the gap. So I made a new Overlord to ride the Barge. He’s got the usual Warscythe, Mindshackle Scarabs and a mini Orb in his forehead to count as a Resurrection Orb if I need it to be one! 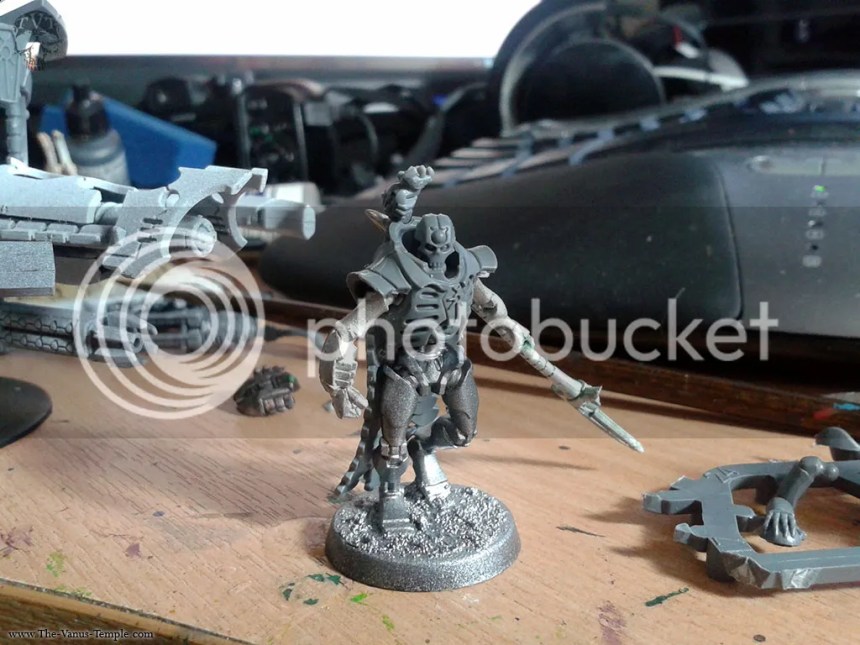