Back in the days of the Old Codex where Lords were just Lords and Destroyers were just beefed up Lords instead of the psychopathic killing machines they are now most people had some sort of converted Destroyer Lord, be it a Lord on a Destroyer body with Tomb Spyder legs, or merged with a Wraith like the one below! 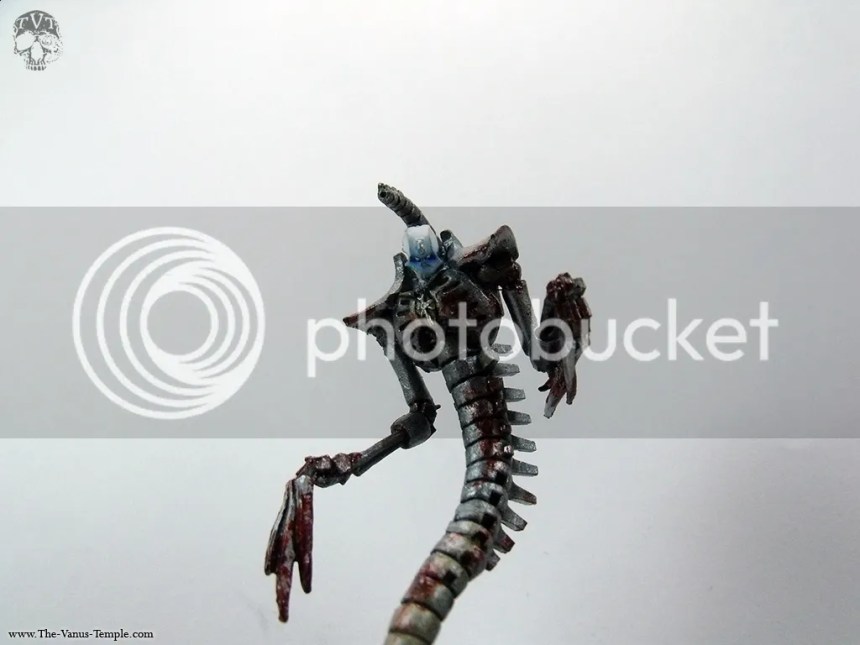 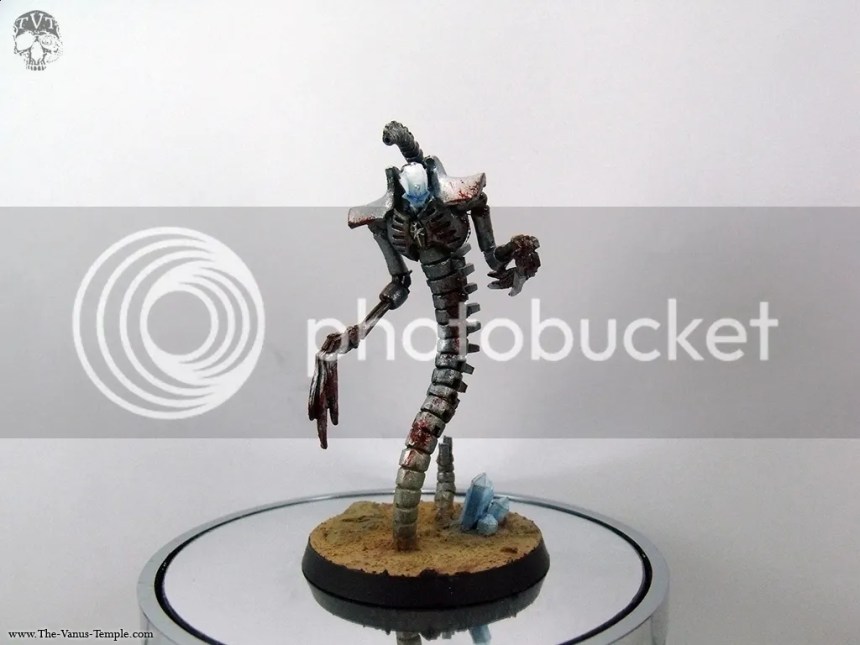 I decided to go for an alternative route than the Orbs and Staffs that we usually see and use the arms that come with the previous Wraiths. I already have a converted Destroyer Lord for normal armies, so this guy is designed to lead a squad of Flayed Ones! The idea is he jumps forward early game to attach himself to the back of the unit, where the unit will benefit from his Preferred Enemy and other wargear (such as Orbs etc). Other than that rare occurrence he was built to just look cool.
I wanted him to stand out but not look “Royal”, so there is a lack of gold shoulder pads which would normally be on high ranking individuals. I like to think of him of being stripped of rank after becoming a “destroyer” and then devolved into a Flayed One. The only remembrance to his past is his white deathmask and this is mainly to warn other Overlords that they aren’t invincible and can succumb to the same fate as this poor chap!
He is in a sort of weird pose, but because of his height he is looking down on his poor victim that his has appeared behind