But as my army only has 16 of them I thought it was about time I added some more! I managed to get 20 new on Sprue for £20 off eBay, which will take me to a total of 36, plus another potential 7-8 bases of Canoptek Scarabs.

Like my previous squads of Warriors I’ve chopped up the legs and made them all walking, using a tutorial I have had bookmarked for years. Previously I replaced the rod with wire, but as I had gone off this idea (and I’ve ran out of that wire, and can’t be bothered cutting it etc) I’ve started to use the spare Immortal barrels on the Warriors flayers, following this tutorial.

These Warriors will eventually replace the previous squads who will either be retired, or their guns re-worked to match.

OH and converting them this way also makes them taller than Space Marines! Which is scary when you think of how tall a Marine is… 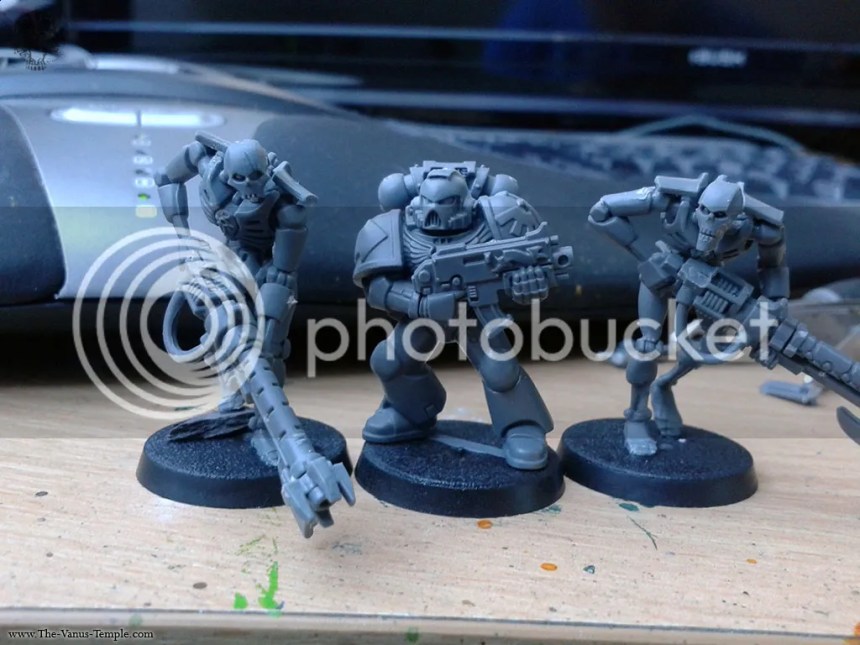