A few years ago I started casting a set of resin bases in a Space Hulk style, whilst I could never match the detail and quality of other companies such as Dragon Forge and Secret Weapon, I did my best and they were quite popular. They were also the cheapest on the internet at the time! However with an increased university workload and moving around a lot I wasn’t able to cast them so I shut shop.

Now that I’ve finished Uni and aren’t moving every 8 months I’ve been thinking about re-opening the TVT store with the original set of bases recast as well as a few new sets. The issue I find with a lot of resin bases is whilst they’re nicely detailed, there’s nowhere to actually place the models.. and that eventually you start getting repeat patterns (which isn’t so bad in the space decking).

Do you think they’d be enough interest in me investing in the materials needed to start casting again? (Don’t worry there’ll be no Kickstarter happening!). I’ve included some pictures of the painted set I did for the store below: 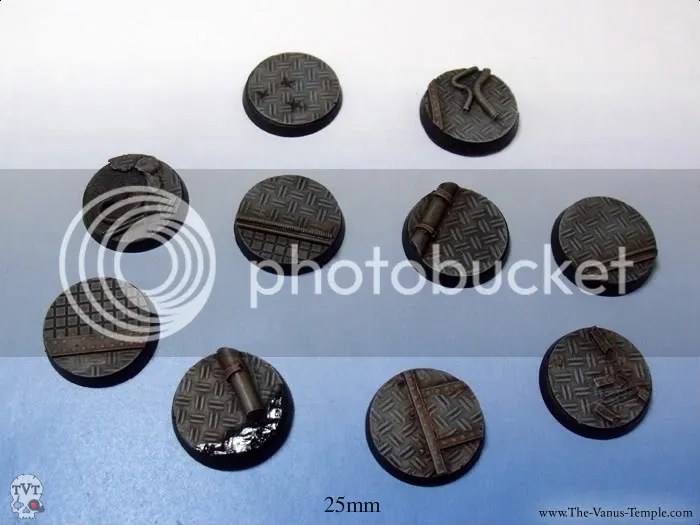 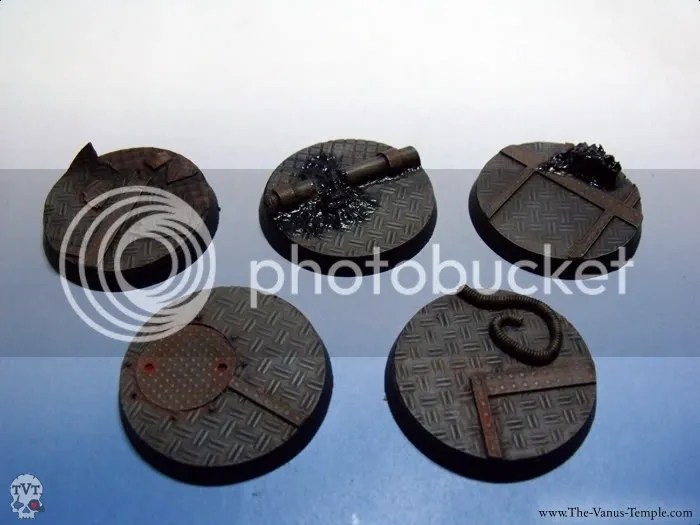