I have just under 5 days off from work (starting yesterday!) so I’ve decided to take a break from my Necrons and paint up my Tau army that has sat in it’s case since last year. It’s a full Mech list with lots of vehicles and not so much infantry, as you’d expect!

As today as now DAY 2 I will post yesterdays photos! 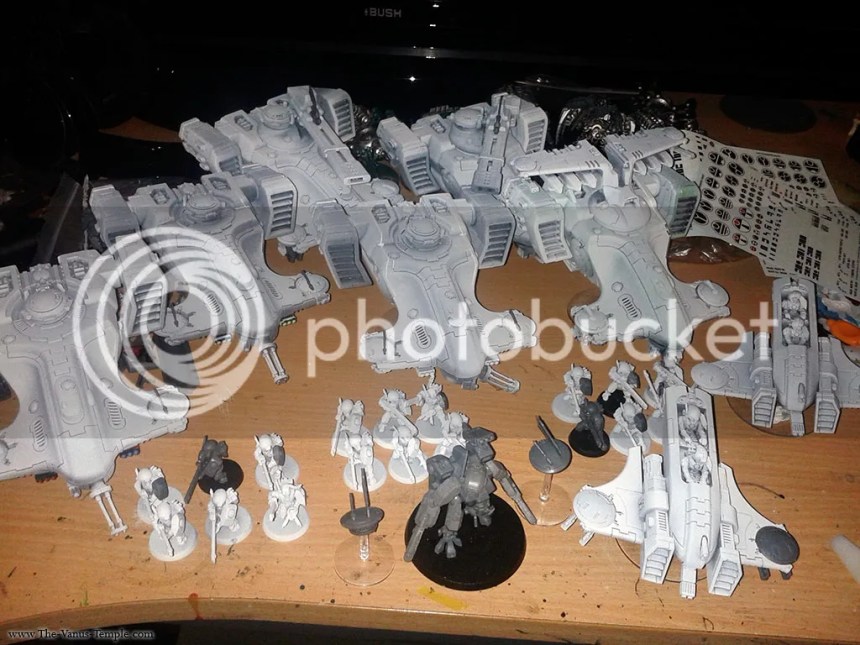 So that’s the army after I’d done the repairs and built the FW suit to use as my commander. I primed the models and began the long process of aibrushing the colours on! 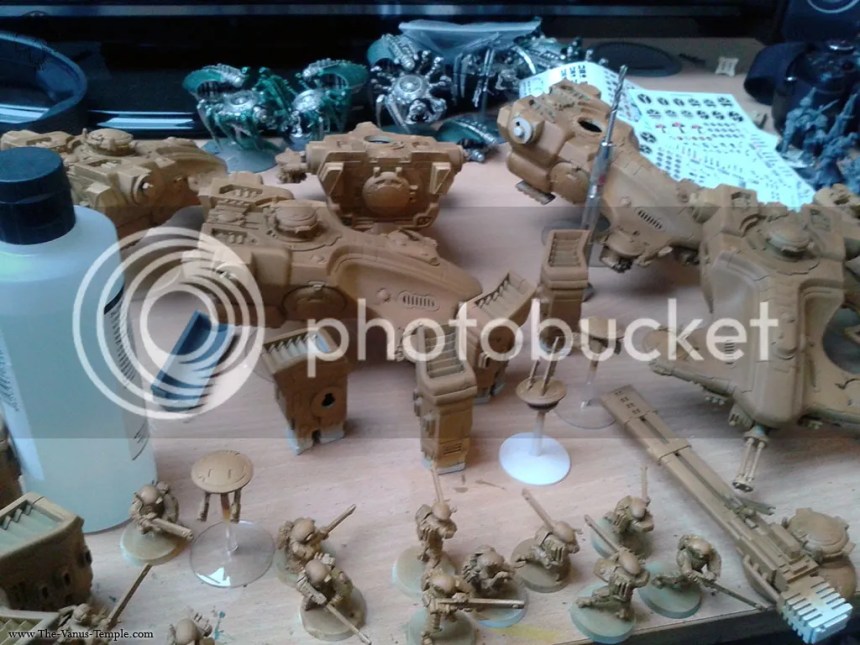 I’ve decided to go with a desert theme to match the rest of my armies..

The colours I used to airbrush were xv-88 as a base, then I created a gradient effect using Deathclaw Brown, Balor Brown, Zamesi Desert with a final highlight of ushabti bone.

Finally I glossed the models and used oil wash mixed with turps to darken the panel lines, after that I matt varnished the models. 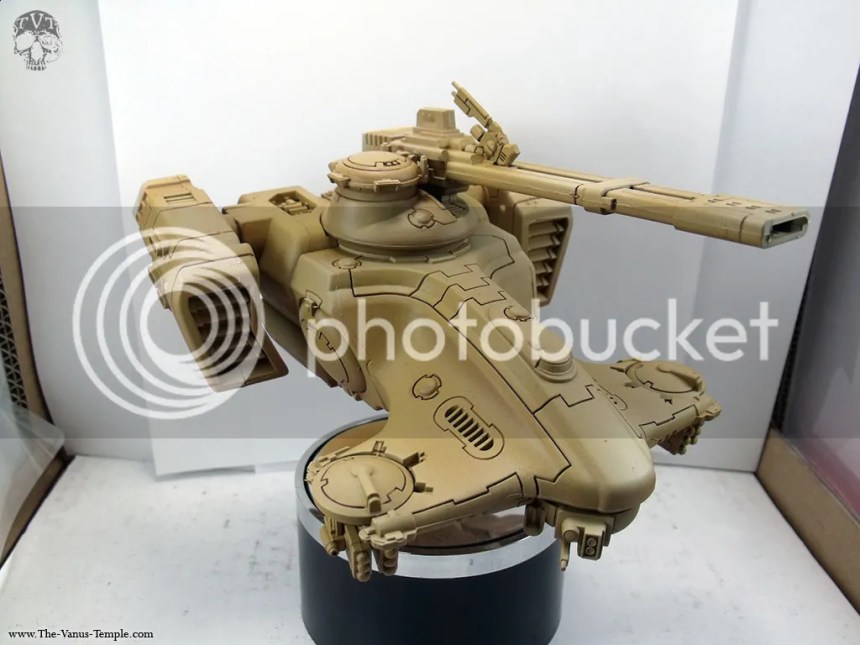 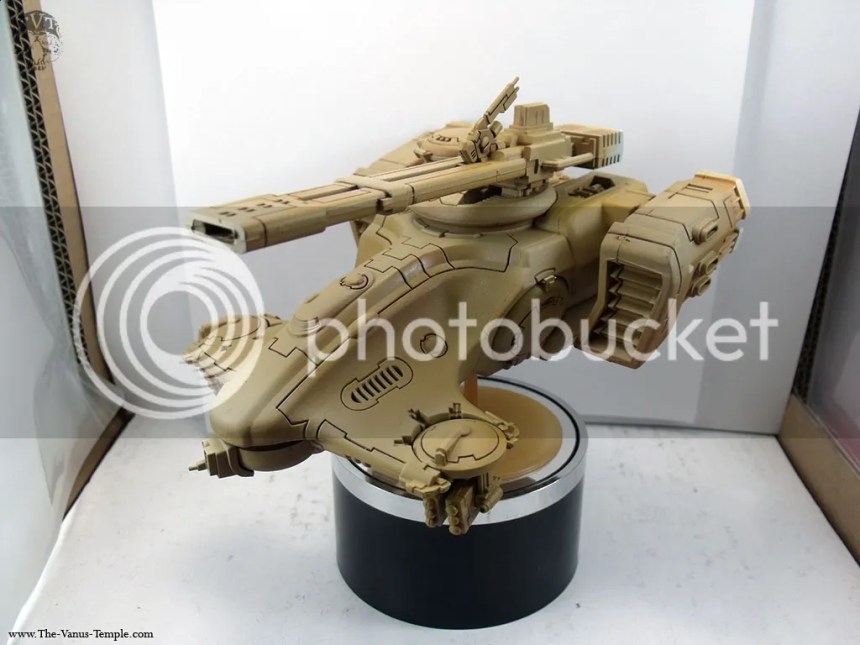 And that ends the progress of DAY ONE!