Managed to get the third Tau Riptide Battlesuit built, giving me two with Ion Accelerators and Twin-linked Fusion Blasters and the team-leader with Heavy Burst Cannon and Twin-linked Plasma Rifle. I’ve built all the Shielded Missile Drones too and will probably use them as it seems rude not to gain an extra 2 T6 wounds. 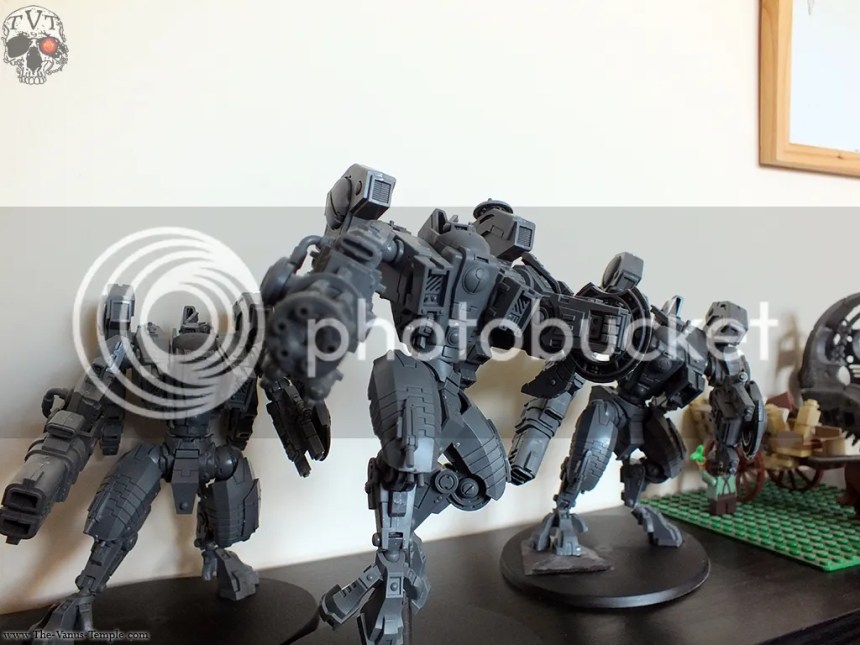 It’s such a lovely kit, easy to build and can be posed in a variety of different ways. After I built the first I no longer needed the instructions for the other two.

What I really liked was that they provided a really tall flying stand/rod and the riptide itself has a socket for the ball to go into. I haven’t seen anyone utilise this yet so I decided to build myself a flying riptide 😉 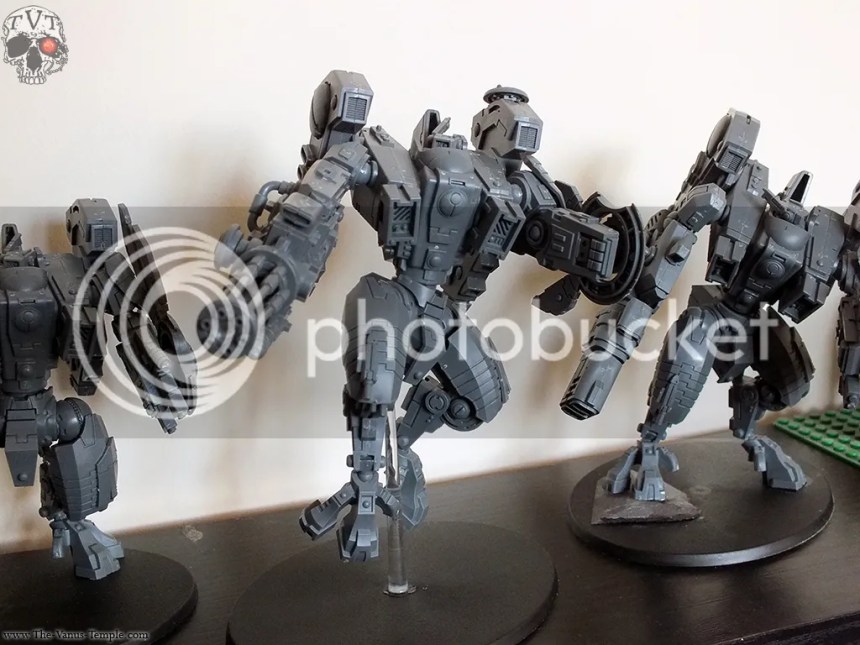 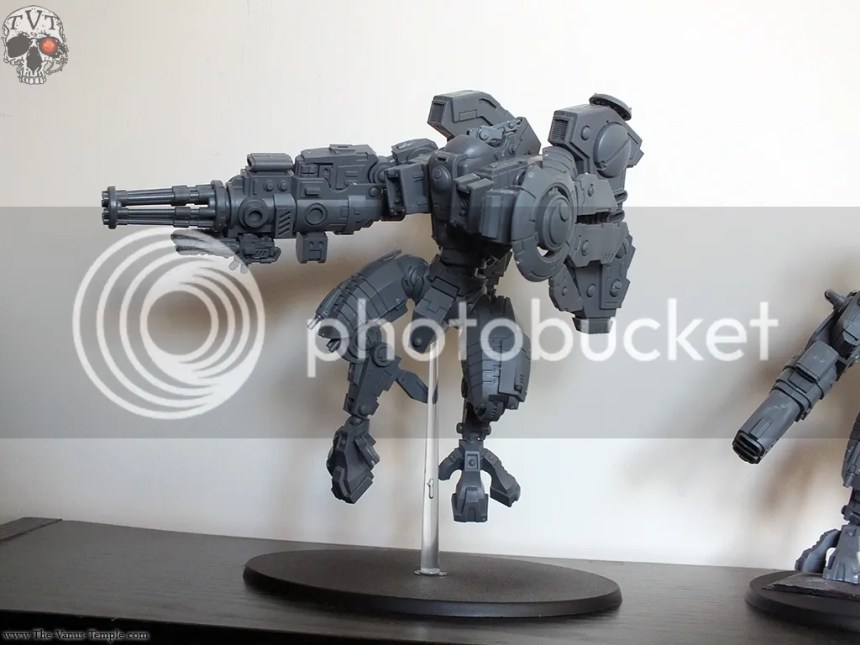 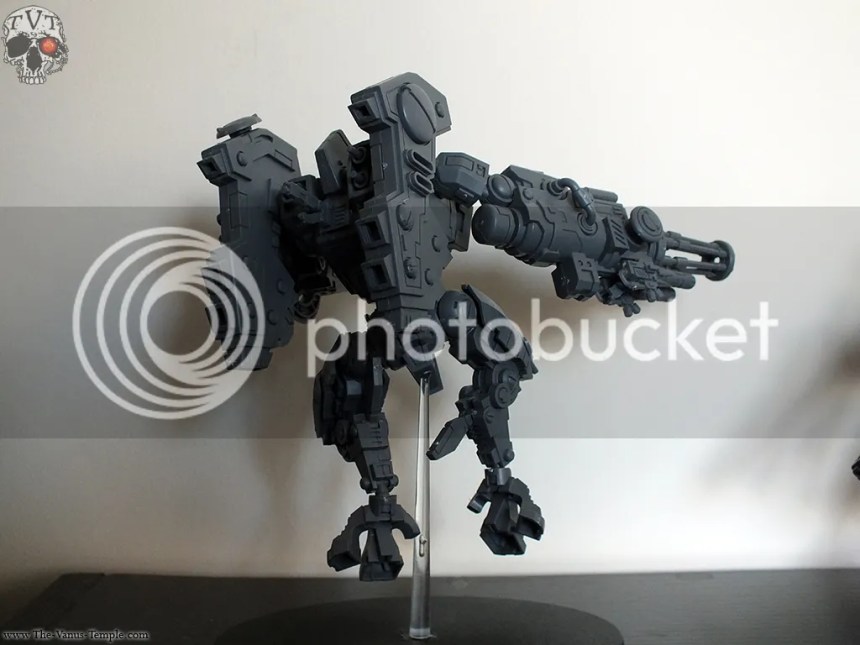 The other two I made standing, mainly so I had some sanity left, but also so the squad looks cool stood together. Sort of like they’ve all just landed. 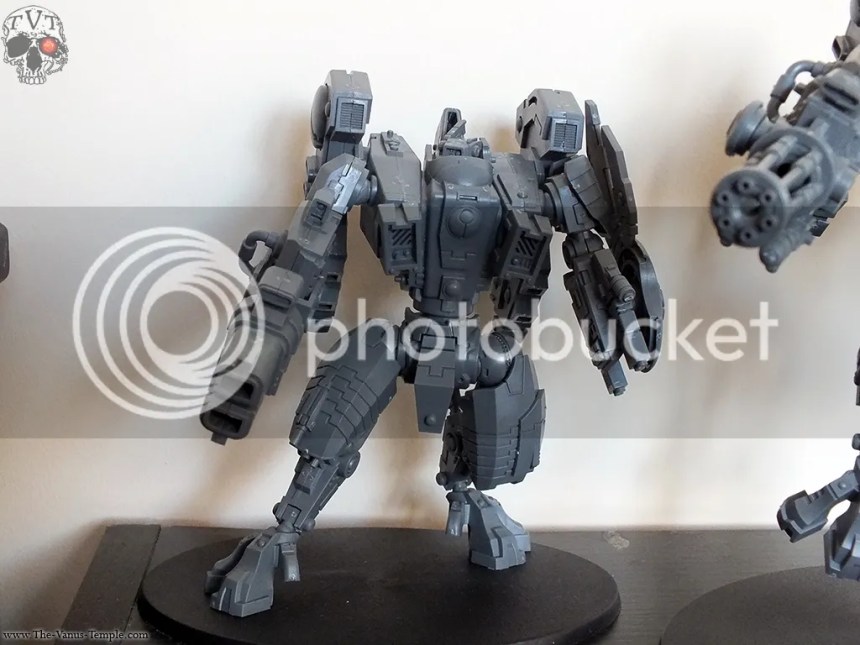 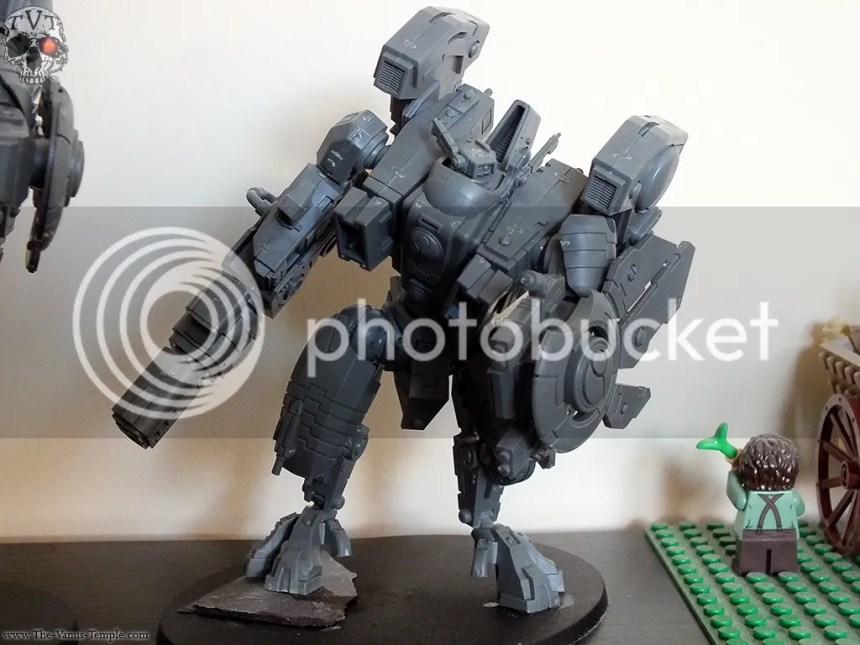 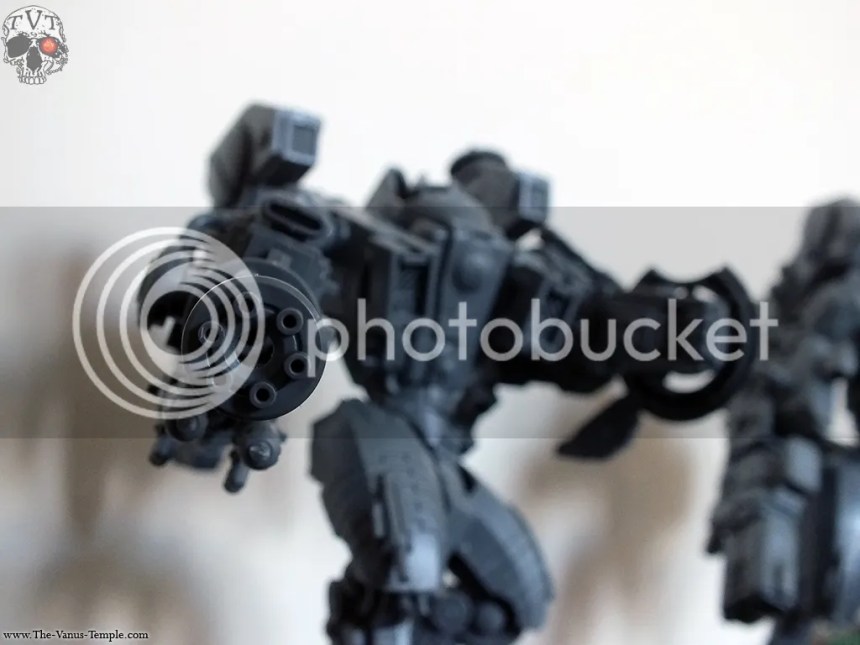 Now I’ve got all this new stuff my painted Tau army is becoming more and more unpainted!